Customizing solutions for our clients’ specific and unique challenges. 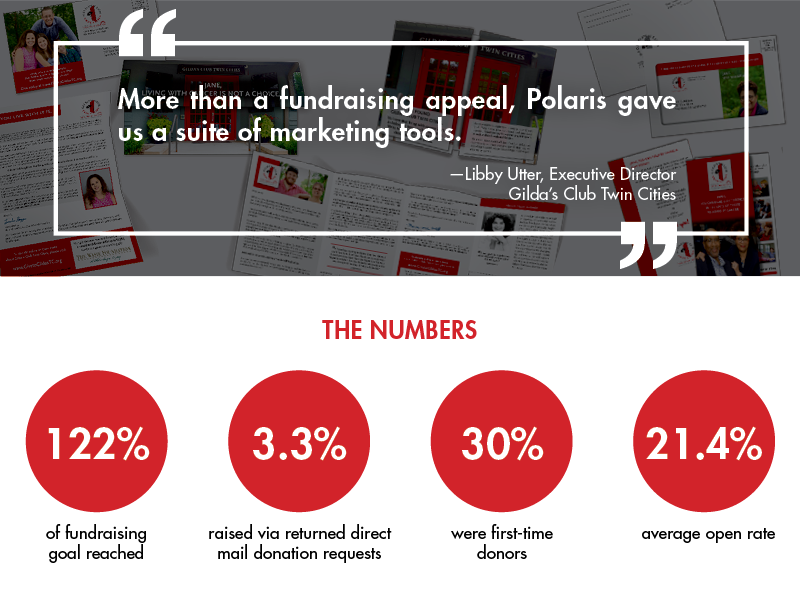 As a young organization, Gilda’s Club Twin Cities came to Polaris with a goal of generating awareness of its mission and inspiring recipients to donate in support of the organization. GCTC was also looking to surpass the results of their 2017 fundraising efforts, by telling the compelling story of how the organization helps people living with cancer, as well as their loved ones. The theme of the campaign was: “Living with Cancer is not a choice. How you live with it is.”

Polaris began by assessing Gilda’s Club Twin Cities’ goals and potential challenges, and then put together a strategic campaign designed specifically to create a strong impact and drive results. We developed an integrated digital and direct marketing campaign to drive donations during the fourth quarter of 2018, with an additional push through a powerful end-of-year appeal.

GCTC works to elevate the voices of their clients beyond their diagnosis. This message was strategically illustrated through a sequence of formats designed to engage the recipient and reveal more about the club and its value to its members.

Through a series of three mailing pieces, Polaris helped Gilda’s Club Twin Cities to engage prospective donors in supporting the organization. Each campaign told the story of what it is like for three specific members of Gilda’s Club Twin Cities to live with cancer and how the organization is there “to support, educate, and empower cancer patients and their families.” Overall strategies utilized included a mix of direct marketing, digital marketing (including email marketing) and digital/social retargeting to increase the number of touchpoints.

All messaging was strategically personalized to create impact and relevancy using 4-color VDP inkjet technology. Multiple CTAs were purposefully used throughout the mailing pieces, along with a refer-a-friend card for free services.

The digital outreach efforts dovetailed with the mailing series. These efforts included: 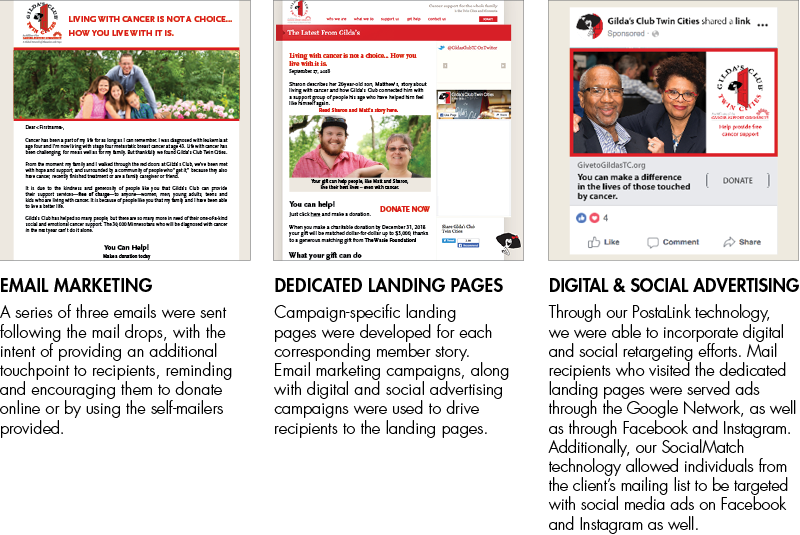 Gilda’s Club Twin Cities reached 122% of its fundraising goal for 2018, and saw a 20% increase in growth (# of donations) from last year. Our email marketing efforts resulted in an open rate of 21.4%, which is 1.01% higher than the industry average. GCTC also raised awareness of the organization through digital and social media advertising, expanding the overall reach of their brand. The organization said it best in a press release published in January 2019, stating,

“2018 marked Gilda’s Club Twin Cities’ most successful year to date. Not only have we served more members each year, grown program offerings (now more than 125 each month) and expanded our Children, Teen & Family program, but we are also completing our most successful year of fundraising.”

Gilda’s Club Twin Cities looks forward to using funds raised to further achieve their mission, and specifically, to expand access to members as they planned.

Gilda’s Club was started by Gilda Radner’s therapist, Joanne in response to Gilda’s feelings of isolation and depression resulting from her ovarian cancer diagnosis and treatment. It was started in NYC and there are now satellite locations across the US.

Gilda’s Club Twin Cities is a local chapter of the international non-profit, Cancer Support Community (CSC), and is driven by the philosophy that no one should fight cancer alone. The organization’s mission is “to ensure all people impacted by cancer are empowered by knowledge, strengthened by action and sustained by community.” Gilda’s Club Twin Cities is operated by 400 volunteers and 5 full-time staff members and provides a network of more than 54 clubhouses offering social, emotional, and psychological support to those living with cancer and their loved ones.

How Can Polaris Direct Help You?

Polaris is gearing up for a new round of end-of-year appeals for 2019 for some very special nonprofits; can we add you to the mix? Contact us to find out more about how we can help your nonprofit reach its goals with integrated marketing campaigns.

Back to All Case Studies 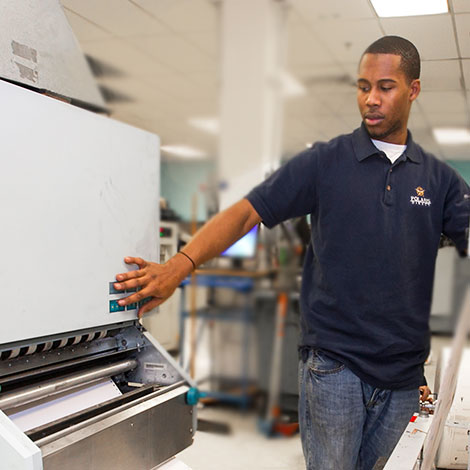 Polaris Direct is a full-service lettershop and printing company specializing in high-volume direct mail processing for Fortune 500 companies and direct marketing agencies. We integrate innovative resources and patented technologies into 1:1 marketing campaigns, and we take a consultative approach to partnering with our clients for maximum ROI. Polaris Direct is a WBENC-certified diversity supplier with HITRUST CSF certification and ISO 27001 certification for data management and security, as well as SOC 2 Type II compliance and HIPAA compliance.